The Seventh Biennial Meeting of States

The MI-RPD has Validated an attractive regional Strategic Plan

The strategic plan of the Mechanism for  Research of Peace and Development Initiative which has been drawn up is presented as a reference document for the next five years. “This Strategic Plan will enable the MI-RPD to achieve higher performance in its daily effort for peace, Security and stability through the control and fight against the proliferation of small arms and light weapons in more than ten countries of the of the Great Lakes Regional the Horn of Africa and neighboring countries ”, explained Mr Jean Claude Sinzinkayo, the Chief Executive Officer of MI-RPD.

“The development of the security sector development, humanitarian disarmament, the elimination of all forms of  violence, the safeguarding of peace as well as legal, medical and social assistance to refugees, ..” these are the main priorities of the afore mentioned strategic plan developed for a period from 2021 to 2025. Through all these areas of intervention, the MI-RPD wants to work for “the consolidation of peace, the end of the proliferation of SALW, the strengthening of mechanisms for the prevention of structural and behavioral violence, the fight against trafficking in human beings as well as the promotion of human rights and fundamental human freedoms ”, added J. Claude Sinzinkayo. According to this international NGO, the overall objective of its Strategic Plan is to “participate actively in the commitments of States in terms of peacebuilding, development of the security sector and prevention of armed violence”.

“The specific objectives are the strengthening of local, national and regional mechanisms for the prevention of armed conflicts and armed violence, the improvement of the implementation of inclusive governance in the States of the region, the contribution to social cohesion in communities affected by socio-political and economic violence through transitional justice mechanisms and the strengthening of organizational and operational capacities of MI-RPD ”, underlined the  Joseph Bukubiye who presented the main lines of this Strategic Plan. In a zoom meeting conference held for the Analysise and validation of this document, it was noticed that even if the current strategic plan took longer than expected due to the Covid-19 pandemic which has paralyzed activities in general, not sparing the MI-RPD, its implementation is more than urgent. “Yes, the pandemic is still there, but also violence emanating from small arms is there. So, can we relax and watch impatiently? No, rather we must act. And I believe that this MI-RPD Strategic Plan is a sign that we must work for its translation into reality. Africa in general and the Great Lakes region in particular has suffered so much from this violence and it is high time to seek solutions for the thousands of victims of the atrocities ”, underlined Mrs. Rose Welsch, UN Liaison officer of the International Action Network on Small Arms (IANSA).  This activist against violence caused by small arms, has pledged to endorse this Strategic Plan and to accompany MI-RPD in everything. For her, “the regional network of NGOs working on the field in the Great Lakes region is more than necessary and urgent to eradicate the violence of weapons held illegally or used in a non-responsible manner”.

The appeal is being considered by the MI-RPD. “The MI-RPD envisions that government structures at different levels and civil society collaborate to establish joint mechanisms for the prevention of armed conflicts and violence of all kinds in the Great Lakes region, the Horn of Africa and the neighboring countries ”, recalled expert Joseph Bukubiye. “In the same way, local, national and regional platforms of the various actors involved in the prevention of conflicts and human trafficking will be set up, with particular emphasis in the areas of governance, security, economy and identity conflicts, ”he added. As the Strategic Plan was adopted on March 8, women’s international day, the MI-RPD took this opportunity to award an honorary prize to Madam Rose Welsch, who currently liaises between the International Action Network on Arms (IANSA) and the United Nations. Delegates from Uganda, Rwanda, Burundi, Democratic Republic of Congo, Nigeria, Congo Brazzaville, Cote d’Ivoire, Ghana and many others took part in this zoom meeting 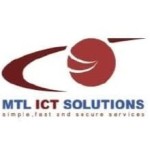